Campaign advertising is the transmission of messages to the public during an election – by any means – that promote or oppose, directly or indirectly, a person’s candidacy or election.

It includes (but is not limited to) election signs, campaign brochures, radio or television ads, paid posts on social media, and newspaper ads.

The Act requires that campaign advertising identify the name of its sponsor and their telephone number. The sponsor is any person, association, or organization who pays for the advertising. This is usually the Candidate or the Official Agent.

Use one of the following formats: 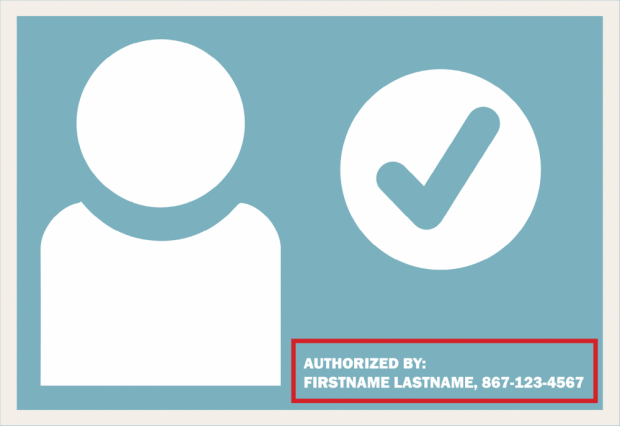 A sponsor for any campaign material must be a resident of the NWT, and must be available at the telephone number provided to answer any questions from the public.

Any advertising that has a surface area of less than 64cm2 or may reasonably be considered to be clothing, a novelty item, or an item intended for personal use does not require the identification of a sponsor.

If the advertising is being provided as a non-monetary contribution, the donor providing the service must be identified as the sponsor. This might include a donation of signs or published material, or the donation of advertising space or airtime that would normally cost money.

In addition to identifying the sponsor on the campaign material, the value of the advertising expense must be recorded as a non-monetary contribution.

Campaign material cannot be placed within 25 metres of a polling station or the office of a Returning Officer. This includes signage, posters, or any other published material. 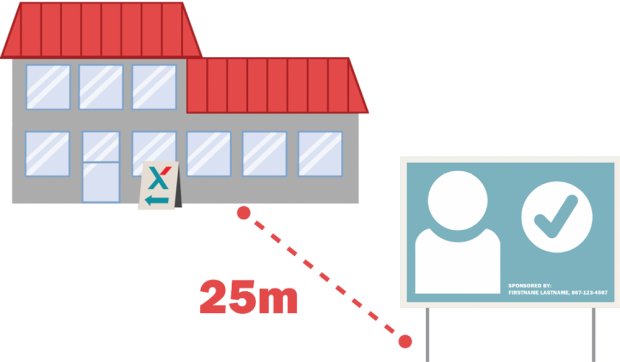 With regard to placing campaign materials on public property, existing local bylaws must be observed. Check which laws apply to your selected locations.

A landlord or condo corporation cannot prohibit a tenant or condo owner from displaying campaign materials on the premises of their unit.

However, landlords or condominium corporations may set conditions on the size or type of materials that may be displayed. They may also prohibit or restrict the display of campaign materials in common areas such as hallways, elevators, stairwells, lobbies, or parking areas.

Campaign materials on public property must be removed within 14 days after polling day. Candidates are responsible for removing campaign material after the election.

It is an election offence for an unauthorized person to take down, remove, cover up, mutilate, deface, or alter campaign materials.

Any election officer acting on the instructions of the Chief Electoral Officer has the authority to remove, destroy, or discontinue any campaign advertising that does not comply with the requirements set out in the Elections and Plebiscites Act.